books love!
Reblogged from There's more to life than reading, but it's a good place to start

Spoofing Fifty Shades of Grey in the News

This made me laugh so hard, and might be one of the best things to come from the Fifty Shades of Grey movie mess.

"Charlie Hunnam pulls out of Fifty Shades Of Grey, leaving it begging to be filled

Ms. Austen was right - as usual! “I declare after all there is no enjoyment like reading! How much sooner one tires of any thing than of a book! -- When I have a house of my own, I shall be miserable if I have not an excellent library.”  Jane Austen

This post is by Ceridwen, in case that gets reblogged out.

Now, I know that resident BookLikers are likely sick of the recent influx of the Goodreads diaspora and all our shouting. I've been involved in in-groups on social media long enough to know how irritating n00bs are with their casual galumphing over social standards developed and maintained by the invested members of a platform. So to you BookLikes Golden Agers, I apologize for continuing to complain about my Goodreads ex-boyfriend while I'm on a date with BookLikes.

That said, I have released the database that collects 12 of the 21 delete lists in Goodreads's recent policy change, in addition to an analysis - with charts! - of the data. Goodreads has been frustratingly vague in what they consider actionable; here are the book reviews that they have taken action against. I would seriously love it if folk would use this database to find out more about what Goodreads deems actionable. 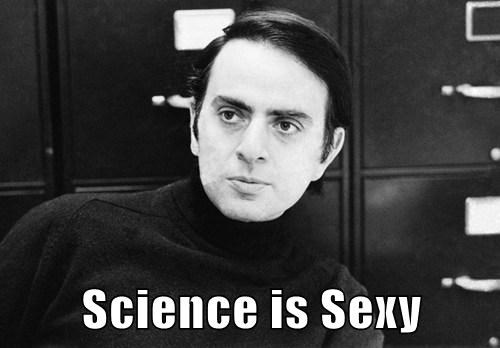 This speaks to me a reader and as a Wholian.

Wish there are more people feeling the same way.

"I am a reader. I am not your bloody editor."

After K.R. Caverly pulled her self-published debut from the web after bad reviews and comments on its total lack of editing, I felt it was time to get some things off my chest.

Read more at The Book Lantern!

This is a good fictional story about how a BBA spent their day.

I know self published and mass published writers ( a few of them anyway) and most of them are not like that.

They are normal people who have good stories and the writing skills to go with it.

No. They are not. And faking good reviews would not help to make them so.

Goodreads: Where readers and authors battle it out in an online “Lord of the Flies”

[re-blog from Katiebabs Library of Books]

"Authors may secretly dream of banning all negative feedback about their books from sites like Goodreads, but such a site would be of little interest to readers and eventually lose its ability to influence them. Reviewers giving single stars to books they haven’t even read may be striking a blow on behalf of reviewers’ freedom from authorial interference, but they’re not helping readers who don’t plan to review the book, or who couldn’t care less about negative comments from authors or their fans. The Goodreads flame wars represent just one corner of the shifting landscape between authors and readers, a landscape I plan to write more about in the coming weeks, but there could not be a better illustration of that old adage: Be careful what you wish for because you just might get it."

As I mentioned in an earlier post, my husband is a programmer. He works for an international company with a high bar for its IT staff.

I ran GR's latest nonsense--their claim that Booklikes is causing Goodreads content to be deleted--past him, and the verdict is that this is actually probably GR's fault. More than likely is has to do with flaws in their API code that are more like security holes than features. Other sites should never be able to delete GR user content. The fact that it may have somehow happened indicates that the blame lies with Goodreads, and they're trying to use Booklikes as a scapegoat.

Do you know these guys?

Reblogged from Angela @ Touch the Night

[REBLOGGING] Goodreads is really putting readers last (but their data first). See for yourself...

This morning I wrote a blog

Otis Chandler on Censorship & Goodreads being a site for Readers First, I forgot a very relevant link of GR's sales presentations showing how our data is of no. 1 prime importance to them, and how we as readers are only now valued because we can supply this data they can make money from.

Have a look at this:

There is nothing about keeping us happy, no concessions to us that we would like if it conflicts with their revenue stream. I know Goodreads is a business, but we've been deliberately manipulated into thinking of it as 'our' site, 'our' online bookclub that we have participated in, in our thousands, adding and editing millions of bits of book data as 'librarians'. Every damn thing we did, from putting in our email addresses when we registered up to and including writing carefully-considered, very detailed reviews was just more product to be sold.  Unpaid volunteers for a billion dollar company, I suffer from cognitive dissonance as much as the next person so I don't want to call myself stupid, but...

Can't reblog this one too often: it's very useful. Thanks to Mandy M and all those who passed the post along!

Links to various Booklikes tutorials around the site. Thanks to all the hardworking BL members and team who contributed. This is a work in progress. More links will be added as I find them.

http://blog.booklikes.com/post/551754/post (exclusive status for your books)

This is interesting. On the purchasing of reviews, on making fake friends with hand-picked reviewers on Goodreads in order to get good reviews, on the slagging off of one-star reviews as inadequate etc. It was written by Doris-Maria Heilmann at 111Publishing. That info took a while to track down.

Start making “friends” with reviewers, long before your book is finished: Search on your social media sites for reviewers, reviews, book bloggers, etc. when using the search function on top of Twitter, Goodreads, Facebook and Google+ pages. At Goodreads, reviewers are listed, so you can conveniently choose them as friends and follow them for a while...

I wish Goodreads appreciated us as much as she does though,

those readers do not only review books, but post their reviews on Amazon, Goodreads and the like. On top of that, they often write a blog post about the books they read, which stays there for years to come. They are actually promoting those book reviews to readers and indirectly even to industry decision makers: librarians, booksellers, agents, publishers – like a publicist does it (for money). If compensated it would mean at least a couple of hundred dollars worth, what they provide you for free!

But they don't like honest reviews, only good ones.

I think about an extremely unfair review, a good friend of mine has received from a “Librarian” at Goodreads! She wrote about a book that has amassed more than 90 percent 5-star reviews. The “reviewer wrote: “I tried to like the book, really. But I just can’t.” That’s it, this was the whole review! No description what the book is about, no mentioning of the writing style (excellent!), not about the plot, the characters, nothing. And gave it a 1-star. So much for the quality of reviews…

What she doesn't say is the 5-star reviews were from her friends, family, fellow self-published authors and possibly not one single genuine one among the lot. Just like Jennifer Smith's reviews on her book, Grrr where all 239 stellar ratings were created by people who live in Scranton, PA, joined between 30 Sept and today (yes, she's still at it). They squeal when they get 1 star reviews but expect us to believe all the manipulated 5-star ones. That's popularly known as wanting to have your cake and eat it too.

The only way to please these authors who are looking for reviews worth "at least a couple of hundred dollars" is to give them a fake 5 star review. They don't care it's fake.

Honesty out of the window, scam us for our $$$ with manipulation of reviews. I am sure those sort of authors are a tiny minority though. The ones I know on GR and in real life (a lot) are with a single real life exception, really straight and credible people.

blog - not a review goodreads

[REBLOG] *ick* more salvos from the cesspool at STGRB...

These are the people who have the nerve to call us bullies!?